Children and Youth Sunday School 9:45am﻿ 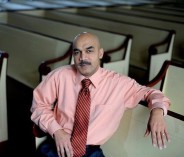 Pastor Lyndon A. Myers is a native of Angeles City, Philippines and is a person of African-American and Filipino heritage. He was adopted by an American family when he was 3 years old and became a naturalized U.S. citizen at the age of four. His adopted father was a career US Air Force non-commissioned officer, which resulted in Pastor Myers growing up in several places in the US and abroad. After graduating from American International College in 1979 Pastor Myers began a career in the US Air Force in 1980 where he specialized in planning/buying/deploying strategic weapon systems for the Air Force and earned his Master of Science degree in Systems and Logistics from the Air Force Institute of Technology. Lyndon retired as a Major in 1994. His ministry began at St. John’s Baptist Church in Woburn, MA in 1992, where he was called into ministry by his pastor, Rev. Dr. Larry Edmunds. He successfully pursued and graduated with a Master of Arts in Religious Education from the Gordon-Conwell Theological Seminary in 2004. In 2005, he was called by the membership to be the pastor at Andover Baptist Church. In his leisure time, he enjoys biking and spending time with his wife and children. Pastor Myers and his wife Tesha reside in North Andover with their four children, Devon, Darrien, Alisha, and Alana.